Change is the Reality: The Work of Robin Walker Architect 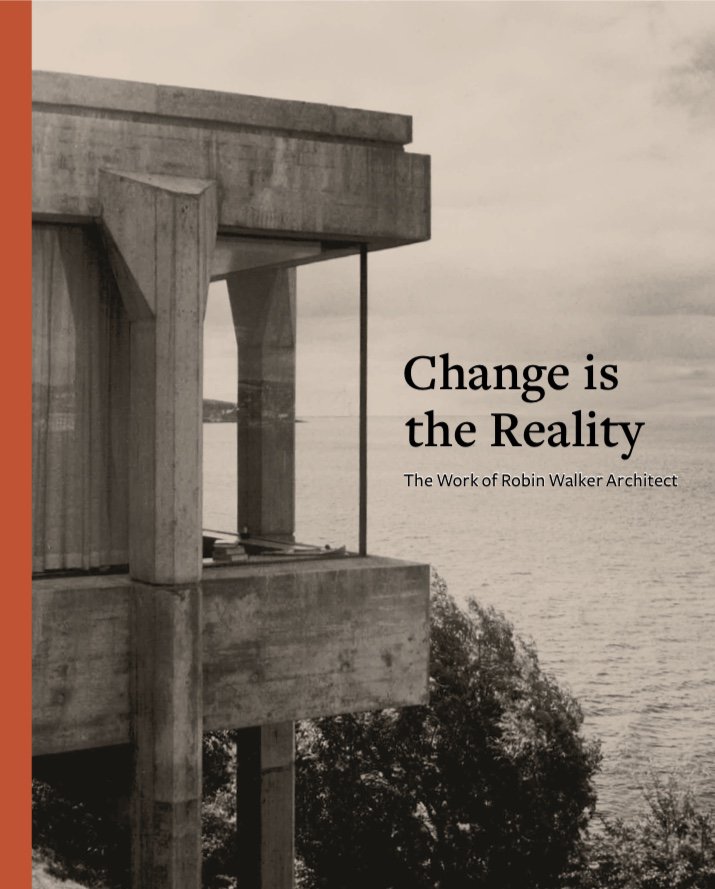 Produced in the same format & size as On Intricacy, Change is the Reality is the second book in our Modern Architecture in Reflection series. It explores the ethos and ideas of Irish architect Robin Walker (1924-1991), a partner in the RIBA Gold Medal winning Dublin practice of Scott Tallon Walker. Produced in concert with Walker's son, the architect and teacher Simon Walker, Change is the Reality is an archive of Robin's articles and lectures, presented alongside new and original photographs of a number of his seminal projects, including Bothar Bui, An Bord Failte, UCD restaurant, house at Kinsale, etc. The book also includes essays by Simon Walker and Patrick Lynch, Elizabeth Hatz and Laura Evans.

Educated at Wesley College in Dublin, and then at UCD, where he later taught, Walker worked for both Le Corbusier in Paris and for Mies van der Rohe in Chicago, before returning to Ireland to help build the new Republic; working on significant civic and cultural projects as well as a number of exemplary private houses. Walker became a Roman Catholic in his later years, and his writing reflects a profound interest in the philosophical and spiritual dimensions of architecture.

Married to the prominent Irish arts administrator Dorothy Walker, the couple's country house designed by Robin overlooking The Kenmare River in West Cork, Bothar Bui, became a salon for many of the major artists and writers of post-war Irish society. Robin Walker is remembered in his friend Seamus Heaney's poem An Architect, published in the collection Spirit Level (1996); and in fact parts of other collections, including Seeing Things (1986), were written in and about the house and its landscape.

Patrick Lynch and Simon Walker presented the house, including a film about the history of Bothar Bui including archival material and new photography by Sue Barr and David Heathcote, in the exhibition The Lives of Spaces in the Irish Pavilion at The Venice Biennale in 2008.

The aim of this publication, and what is becoming the ambition of a series of books published by Canalside Press, is to recover the lost cultural energy of modern architecture, revealing its intellectual depth & artistic urgency; beautiful books about beautiful ideas and buildings, which reveal their reciprocity.

He fasted on the doorstep of his gift,
Exacting more, minding the boulder
And the raked zen gravel. But no slouch either

Whever it came to whiskey, whether to
Lash into it or just to lash it out.
Courtly always, and rapt, and astonishing,

Like the day on the beach when he stepped out of his clothes
And waded along beside us in his pelt
Speculating, intelligent and lanky,

Taking things in his Elysian stride,
Talking his way back into sites and truths
The art required and his life came down to:

Exit now, in his tweeds, down an aisle between
Drawing boards as far as the eye can see
To where it can't until he sketches where. 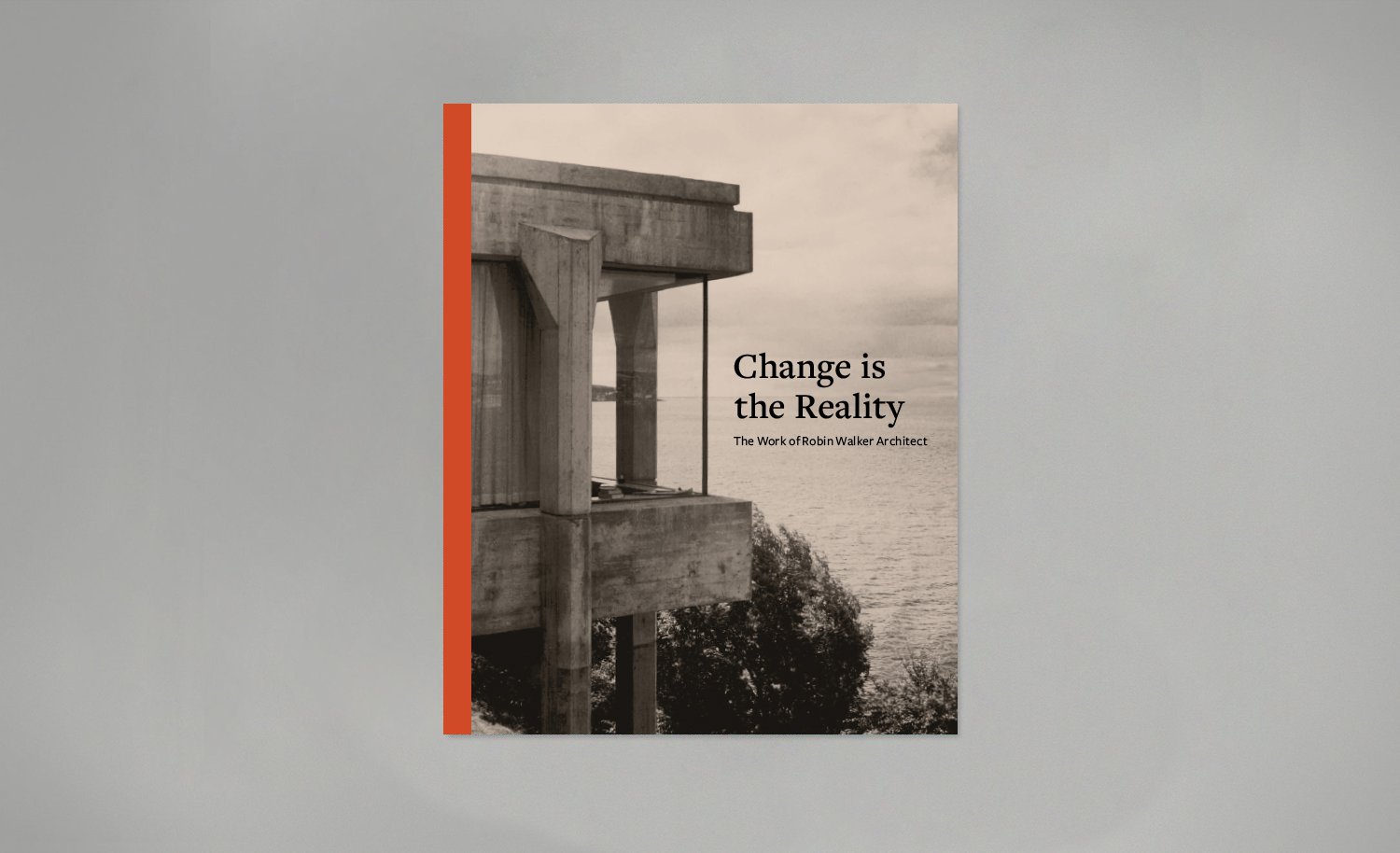 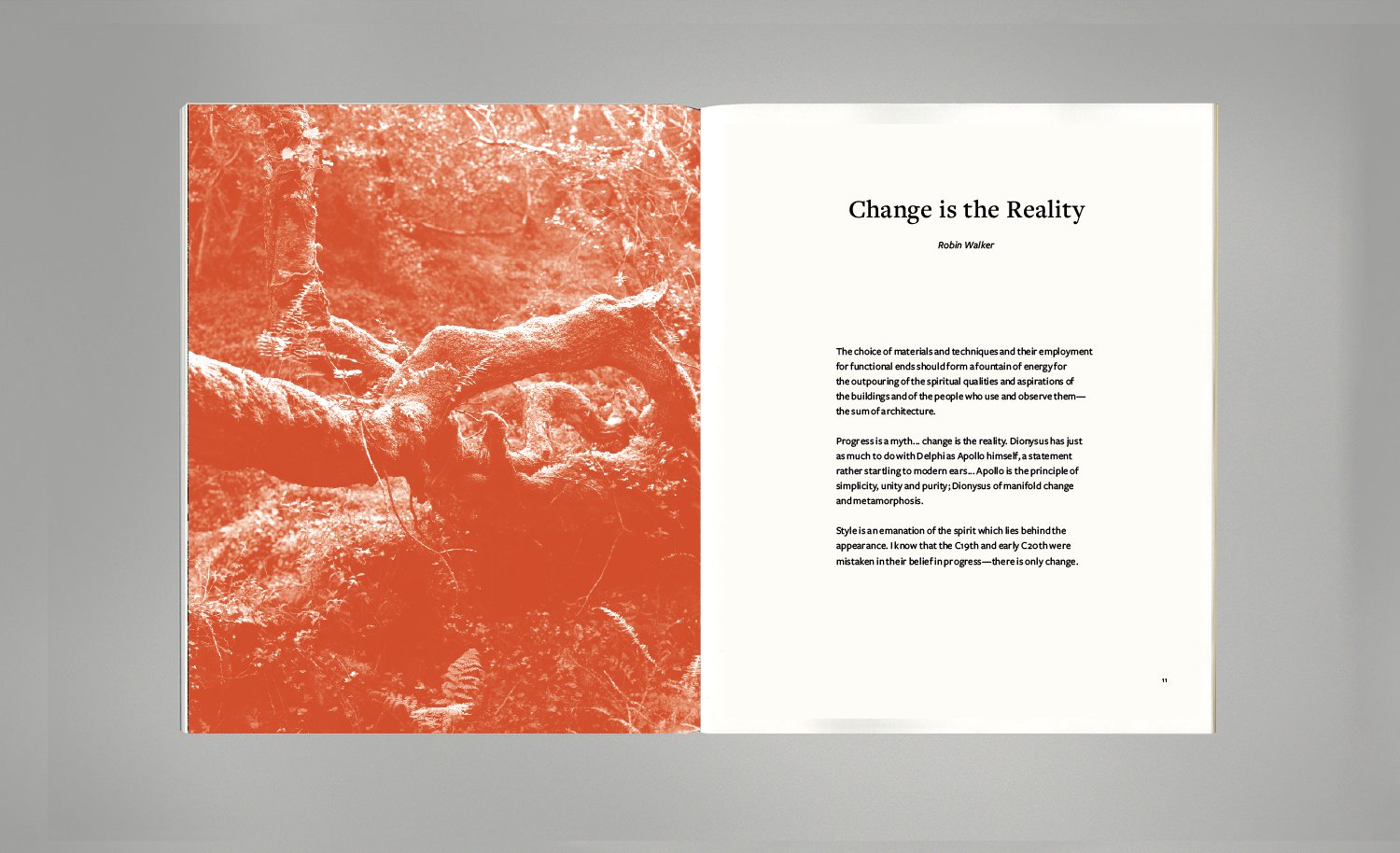 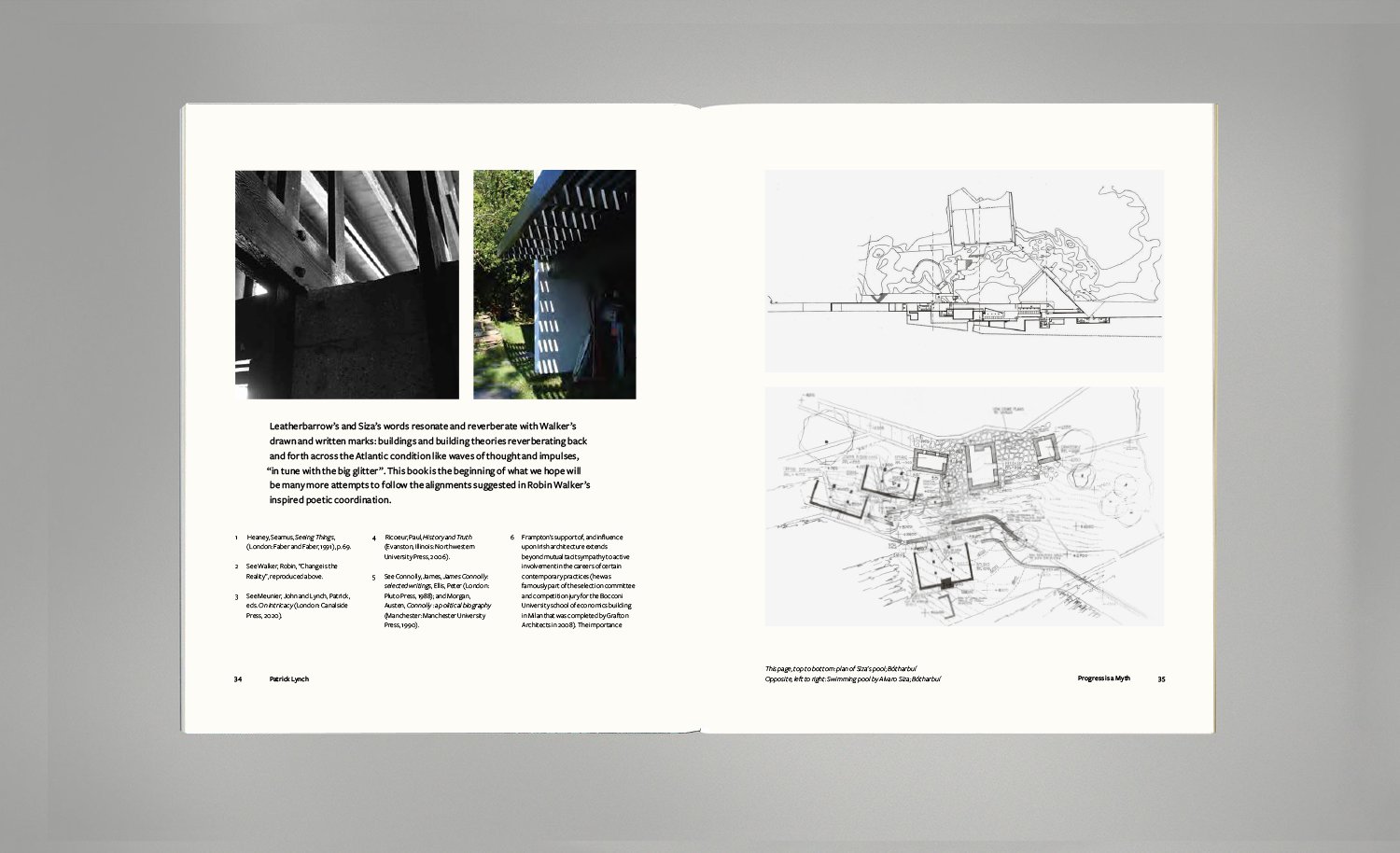 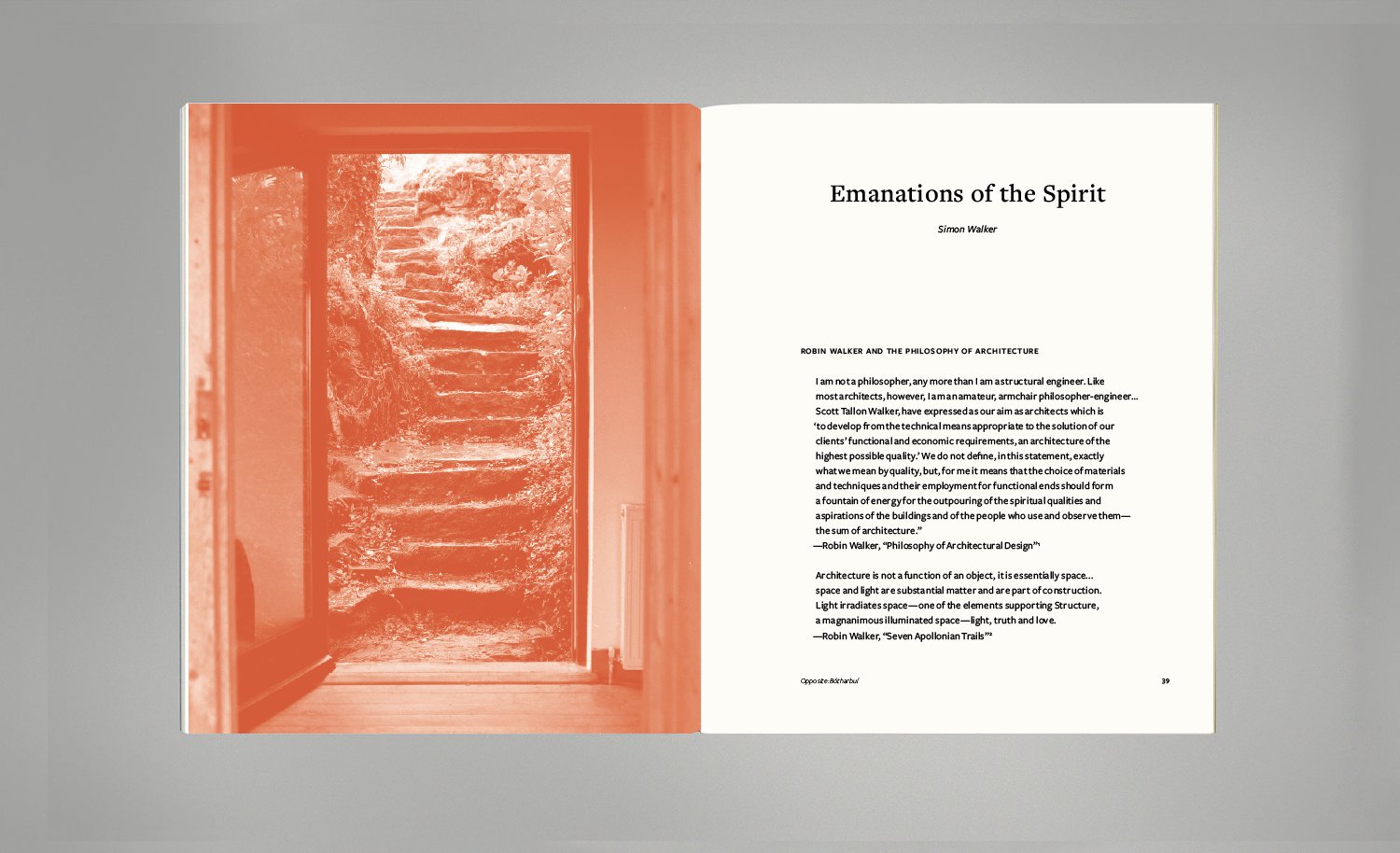 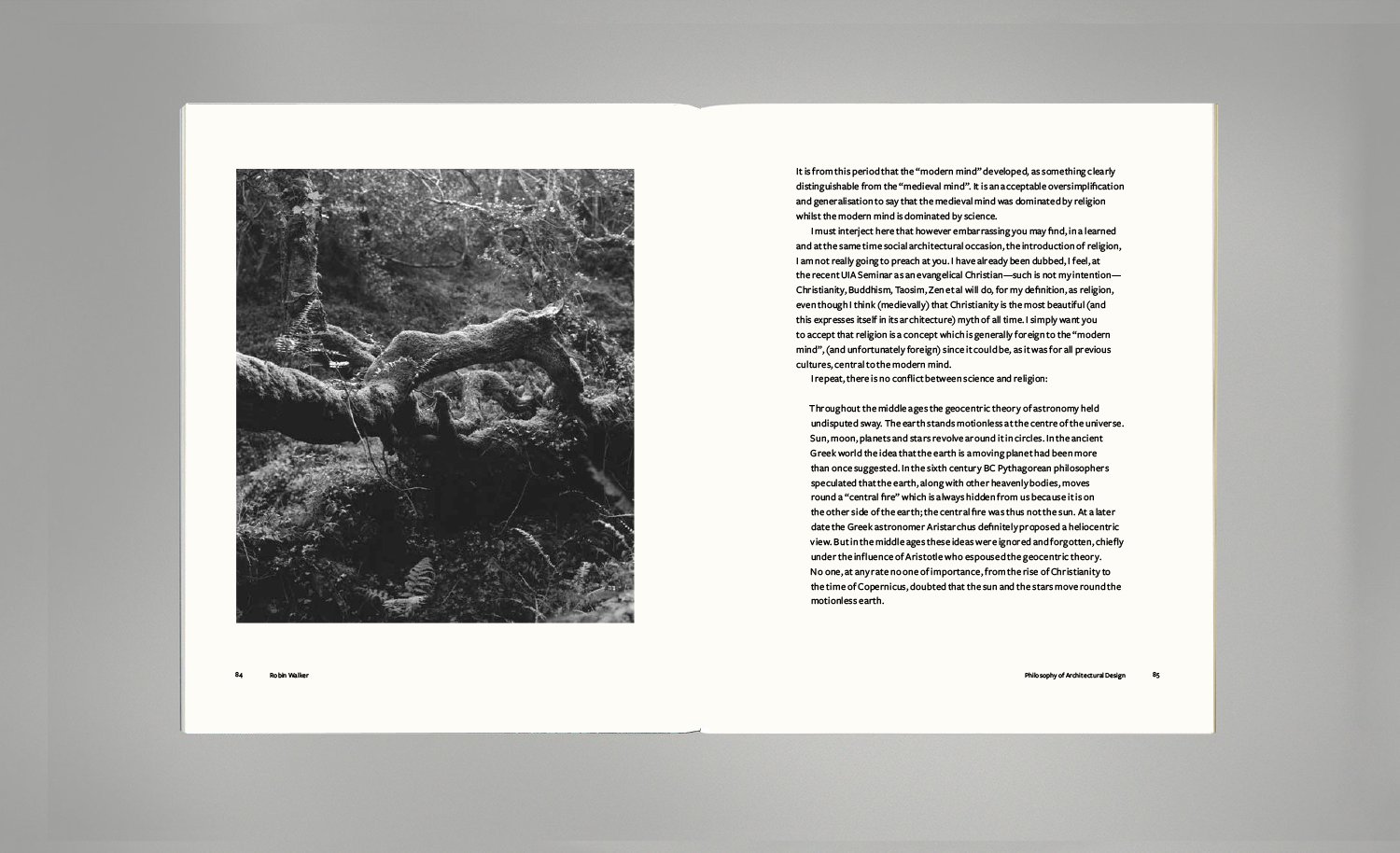 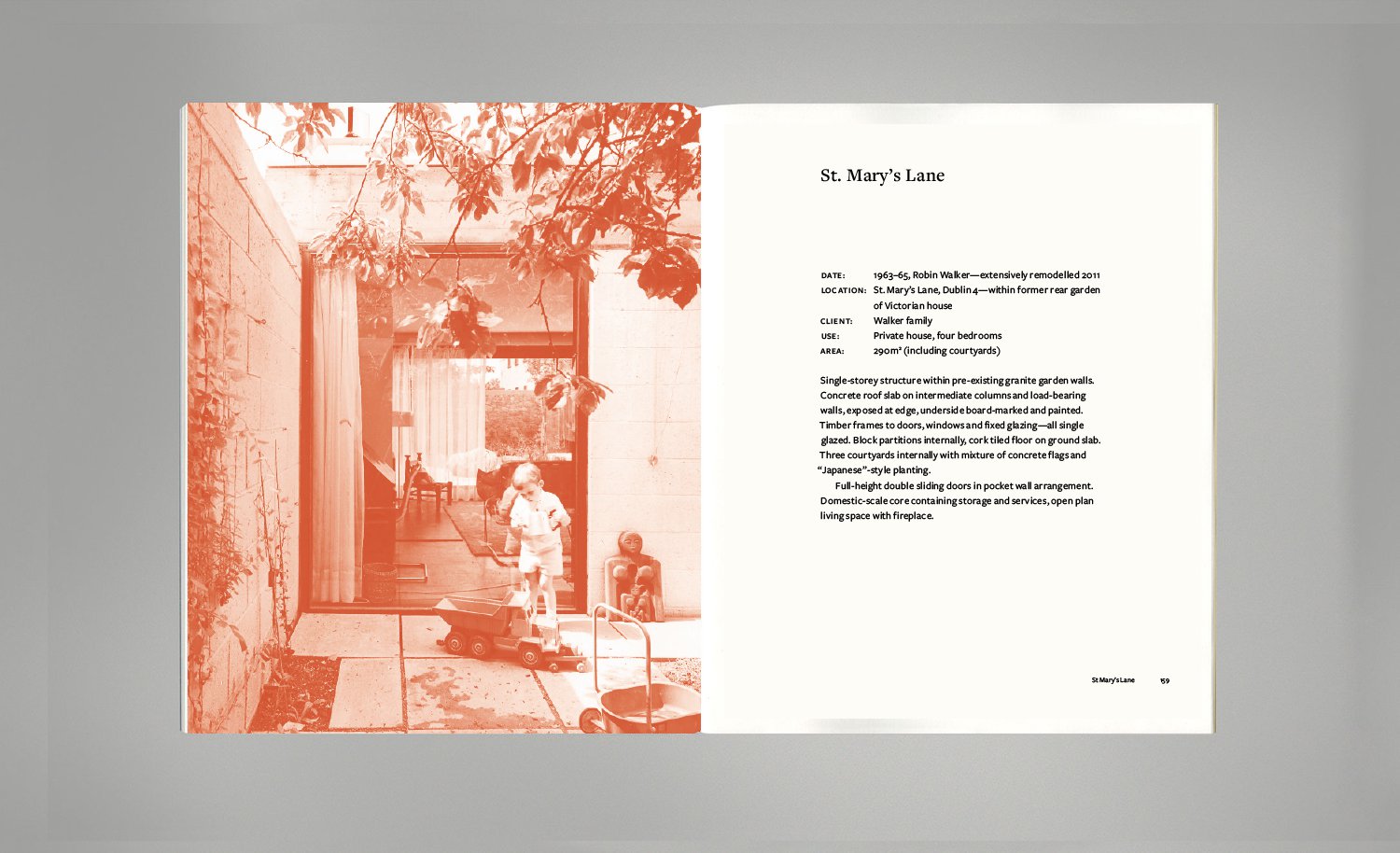 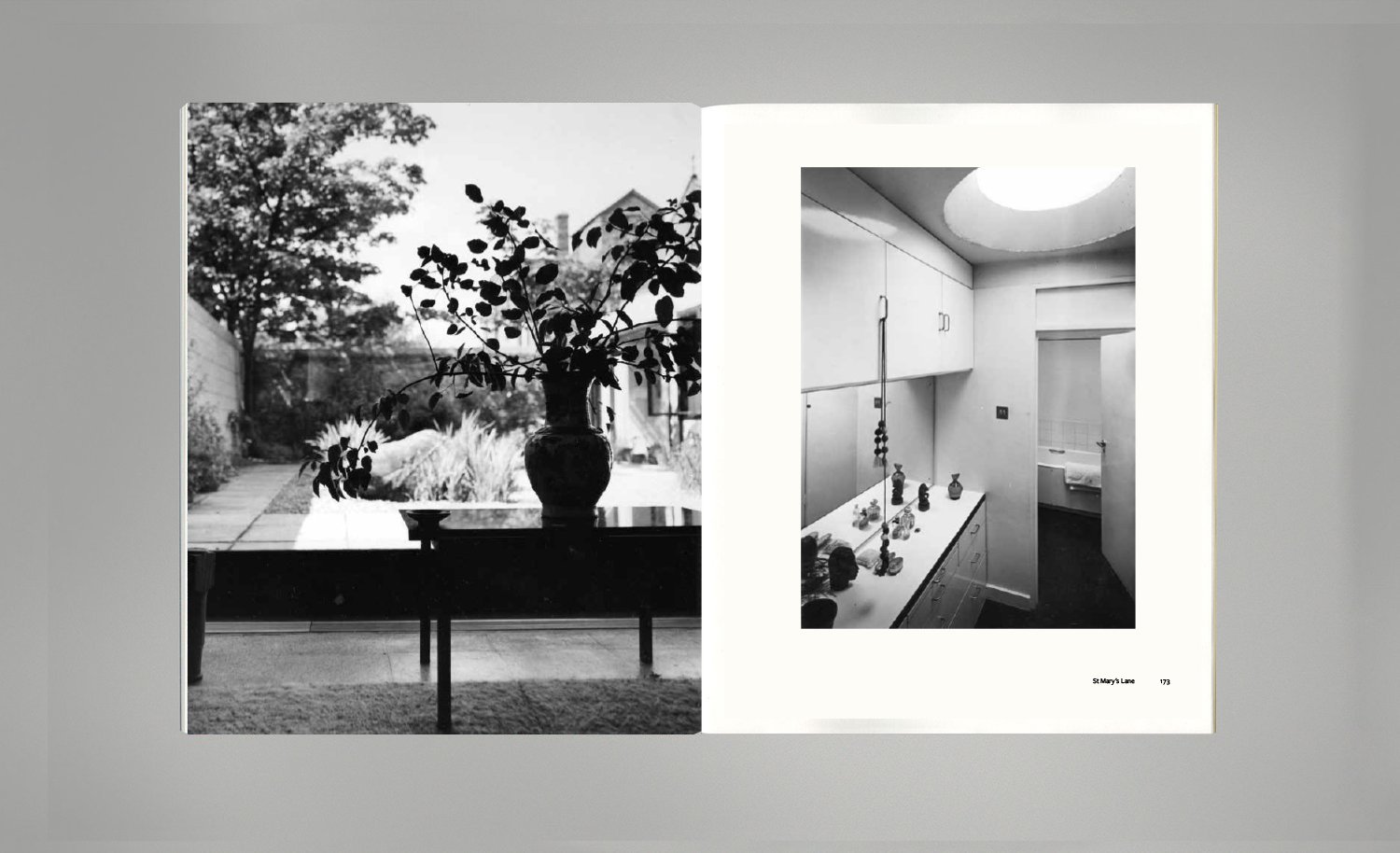 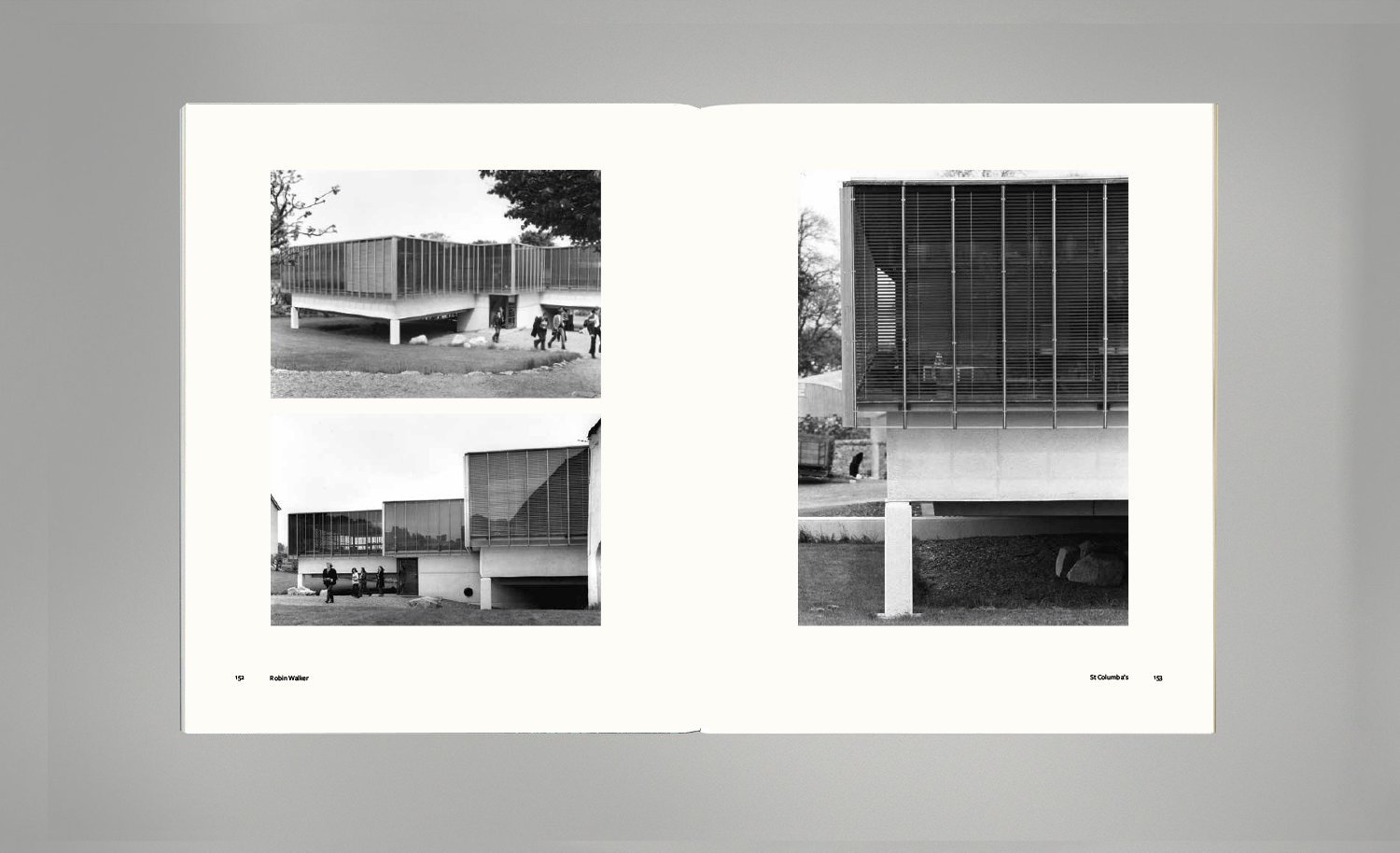 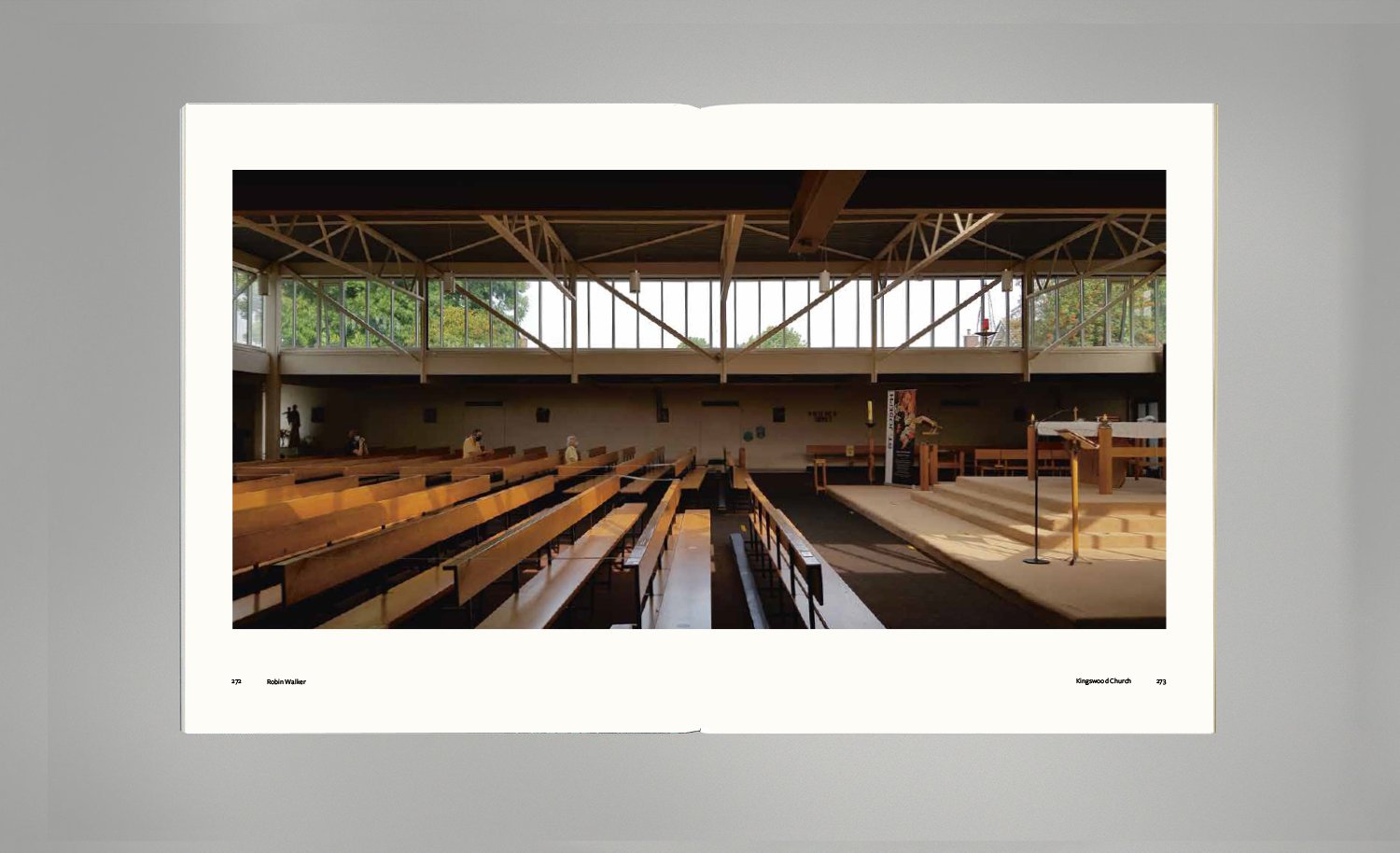 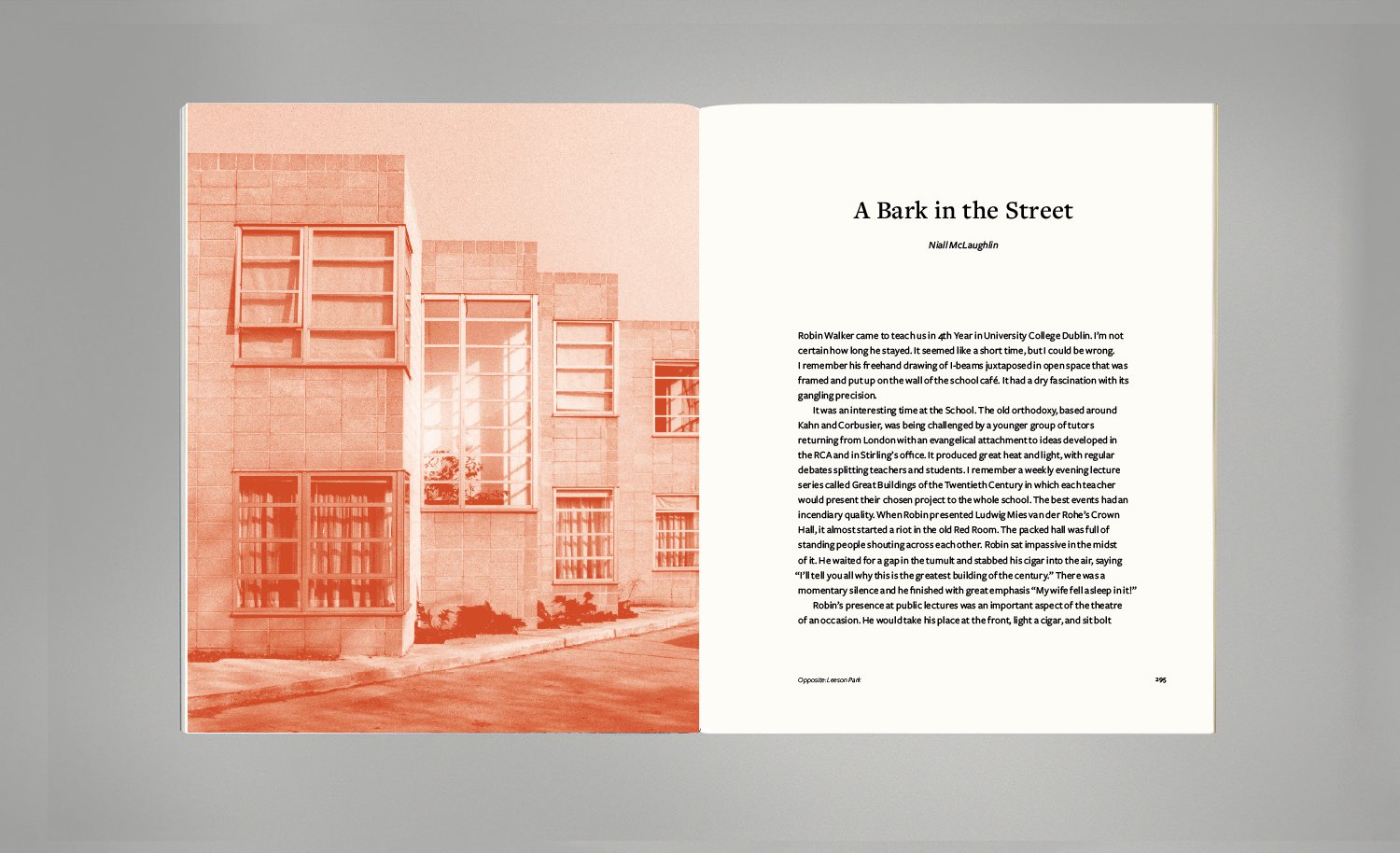 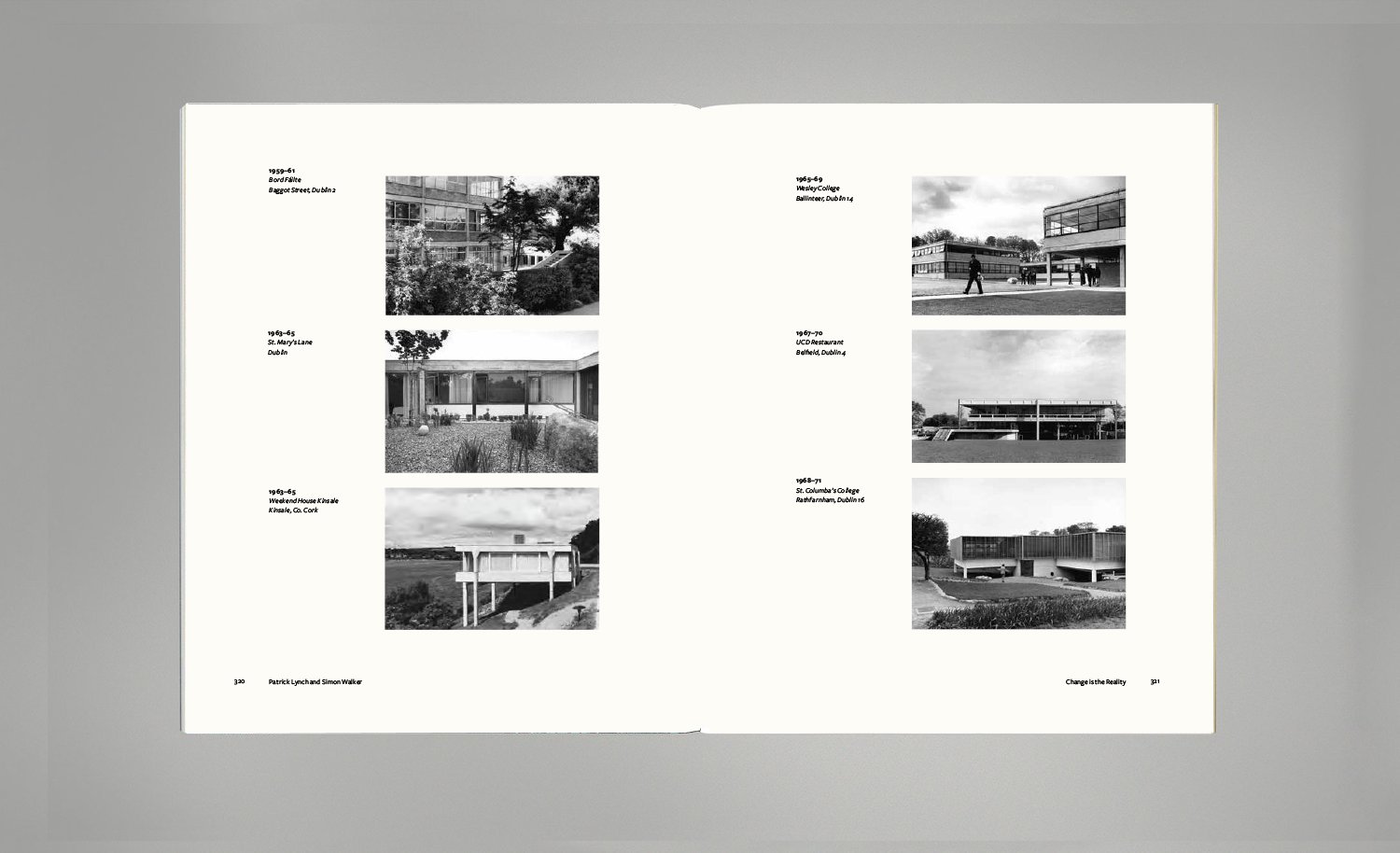