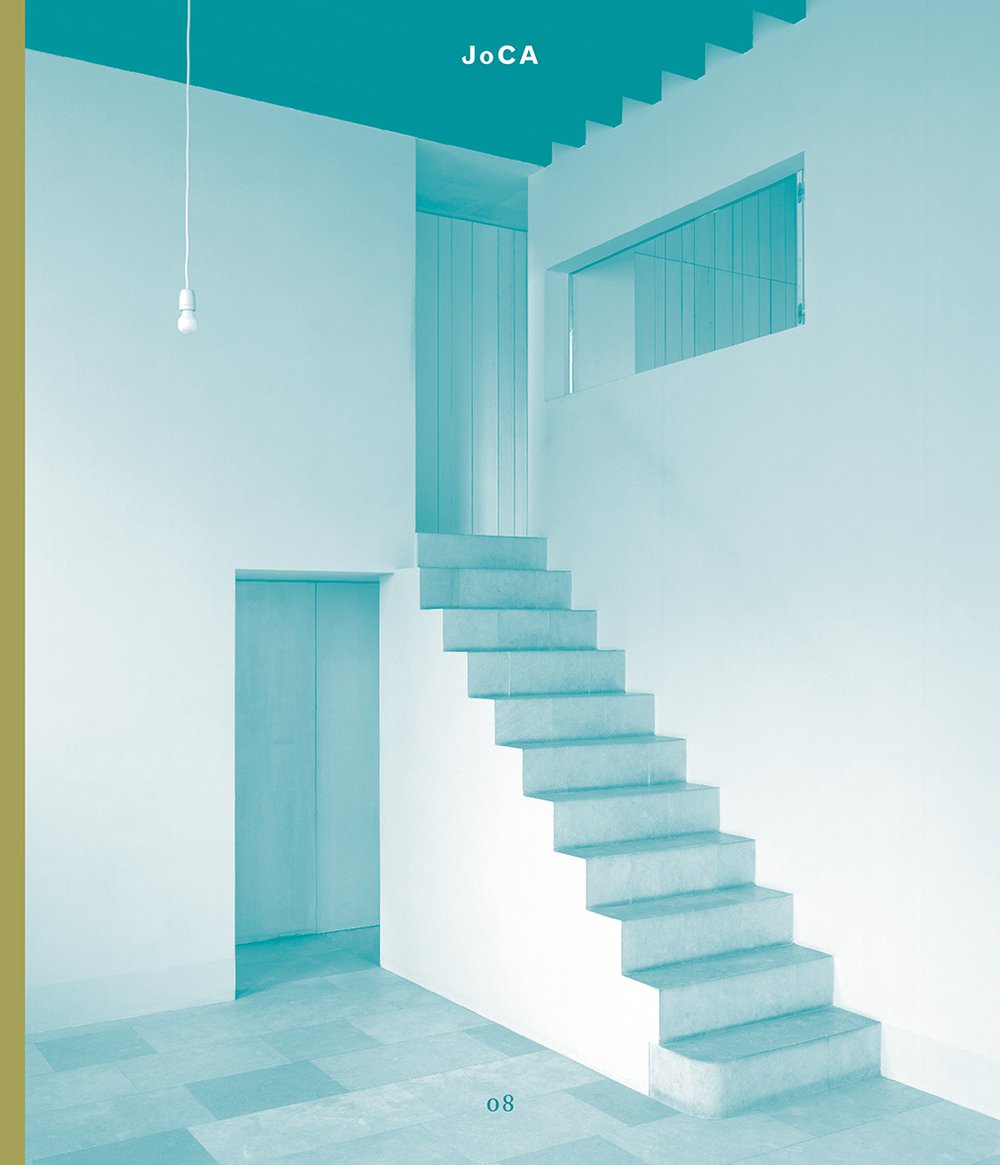 The Journal of Civic Architecture includes essays, visual essays, drawings and design projects that relate architecture, photography, literature and criticism to city life. Each issue is edited by Patrick Lynch, and addresses a series of unpredictable themes concerning urban culture and imagination.

Contributions are invited for the forthcoming issues from photographers, writers and designers who wish to engage in a fruitful dialogue with other creative people about the meaning, frustrations and pleasures of civic culture today. Academics are encouraged to send things that perhaps wouldn’t otherwise find an audience. Please contact us if you’ve design projects, writing, or images that you’d like us to consider for publication.

Each issue of JoCA has a limited print run of 500 copies, and is available to purchase from our website, Magma, magCulture, Rare Mags,  Margaret Howell, Charlotte Street News, The Architectural Association Bookshop in London; and at CCA in Montreal,Copyright Books in Ghent, and at Choisi Bookshop in Lugano, Inga Books Chicago, amongst others.

'The idea that our primary spatial sensibility might be atmospheric is not unusual, and, arguably, it is an aspect of poetics more generally, that allows writers, painters and film-makers to situate, ground, communicate and transport us. It’s also what allows us access to imaginative space as creative people. Alongside rhythm, atmosphere might even be the most obviously under-described phenomenon that unites art as productive experience with the participatory character of public life in general. In other words, what we initially sense – as the person to whom ideas first appear, and as the critic of what we find presented to us more conventionally – is the recognition and premonition of specific possibilities of a change in atmosphere: we either accept it, and are drawn in to the possibility of change, or are insensible, and move on regardless.

I’d say that it’s this absolutely subtle sense of the relational difference of things that matters above all else: but it’s not “above” anything at all. Rather, it’s a sense of Being “in the midst of things” as Heidegger suggested: and as Chillida echoed, in a somewhat elliptical, yet direct, response (in their book Art and Space) “Beauty is mixed up with things”. It’s not beneath anything either: it is the horizon of being.

The somewhat obscure German philosopher Hermann Schmitz (1928-2021), who died earlier this year, lived in the most northerly German city of Kiel for most of his adult life, becoming the professor of philosophy at the university there (1971-1993). His work on “atmosphere”, in his book New Phenomenology: A Brief Introduction (2019), has profound consequences for the spatial and temporal arts that we are only beginning to contemplate and confront.

I may have spoken too much about this topic in the conversation in this issue of the JoCA with the dynamic duo of spatial breath Vokes and Peters. In the recent and most beautifully precise and open film by Anna Sofie Hartmann, Giraffe, an ethnographer from Berlin travels to an island, off the southern coast of Denmark, to record and document a situation in flux. The atmosphere of the film is remarkable, change appears as a state of lack, the lack of continuity represented as loss – lack of people and everyday life primarily. Or rather, the lack of physical presence doesn’t feel like an absolute absence.

Schmitz’s central idea – that emotions are not entirely personal – but rather, are like moods or atmospheres that can be sensed and are obvious to almost all, i.e. as “the political mood” or “public atmosphere”; becomes evident in the investigative acts of premonition and attunement that the contributors to this issue find they can talk about, and which I hope you sense too. This sensibility reveals itself by auditory and visual means via the poetics of a performance of a radio play in a cathedral; in the photographs of a city revealed in brief moments of light; and in the sonic urban poetry of Alex Niven.' 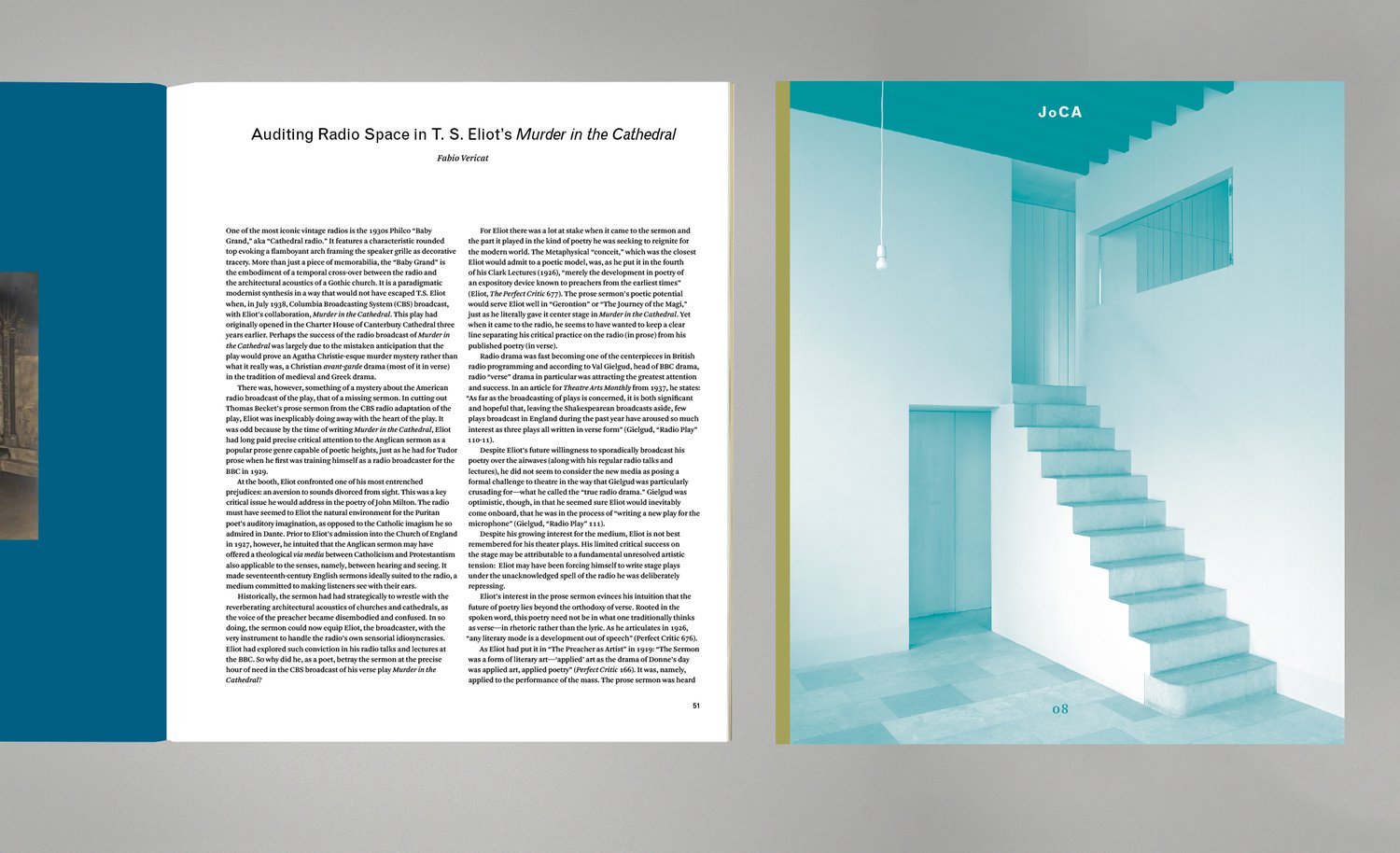 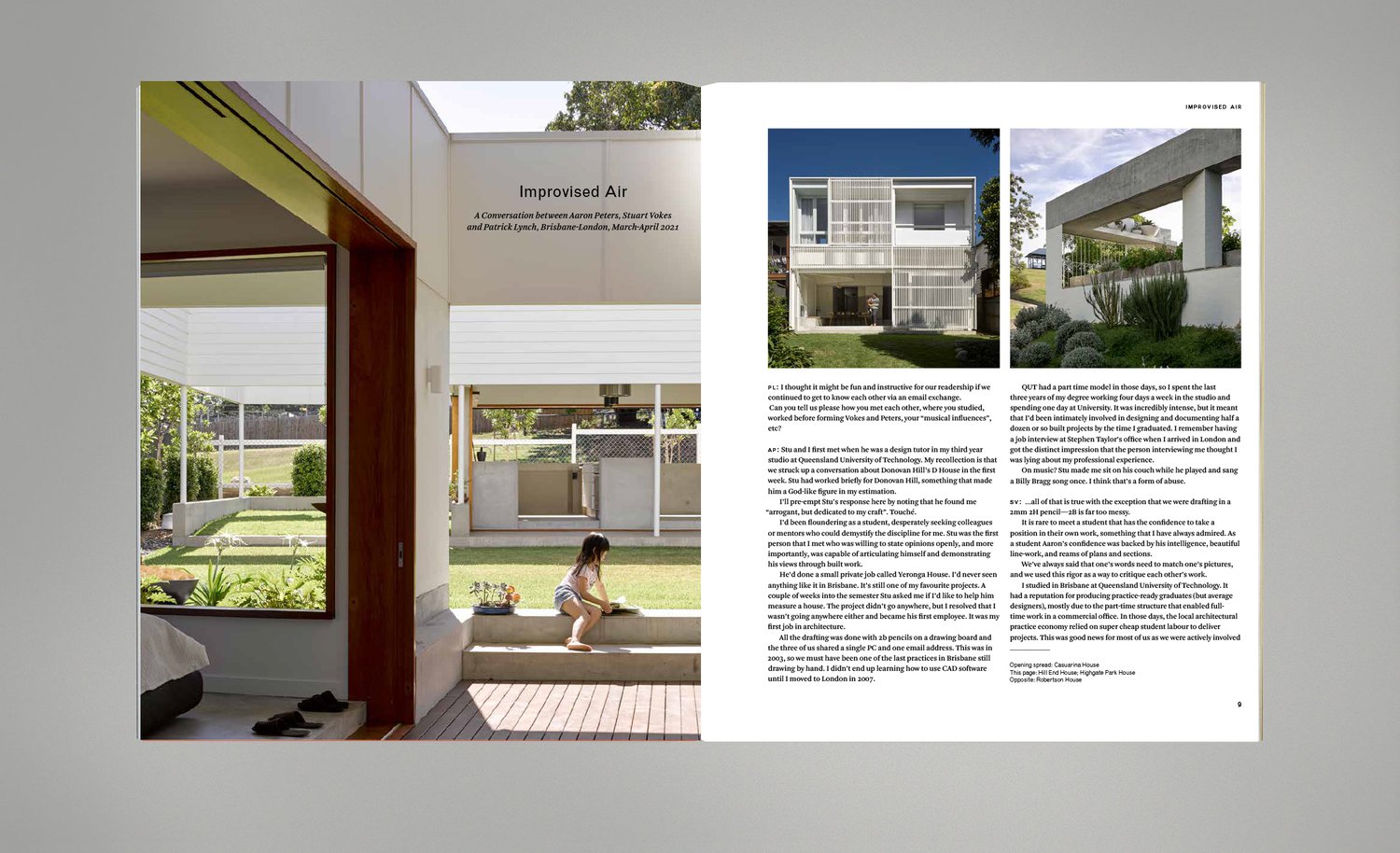 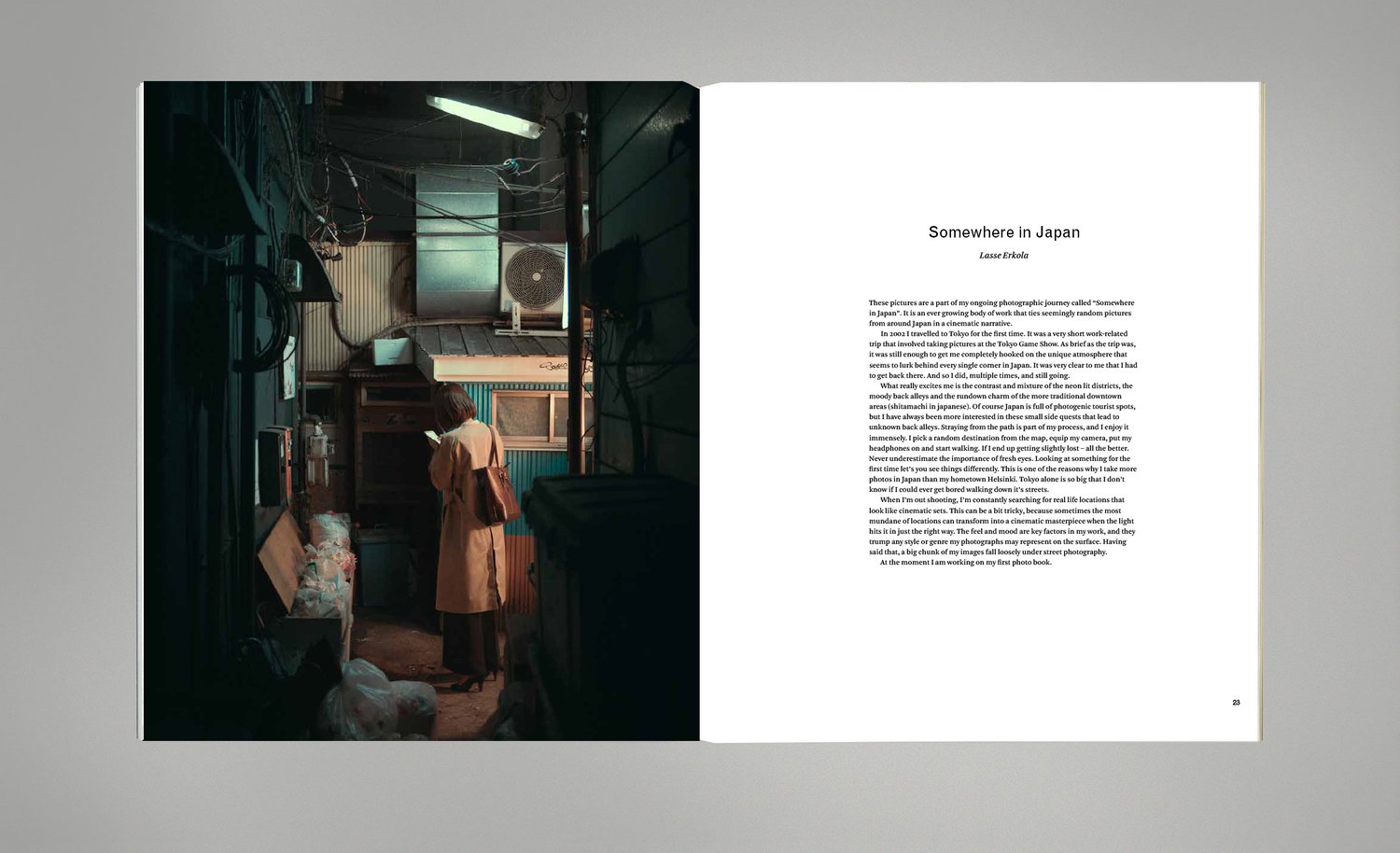 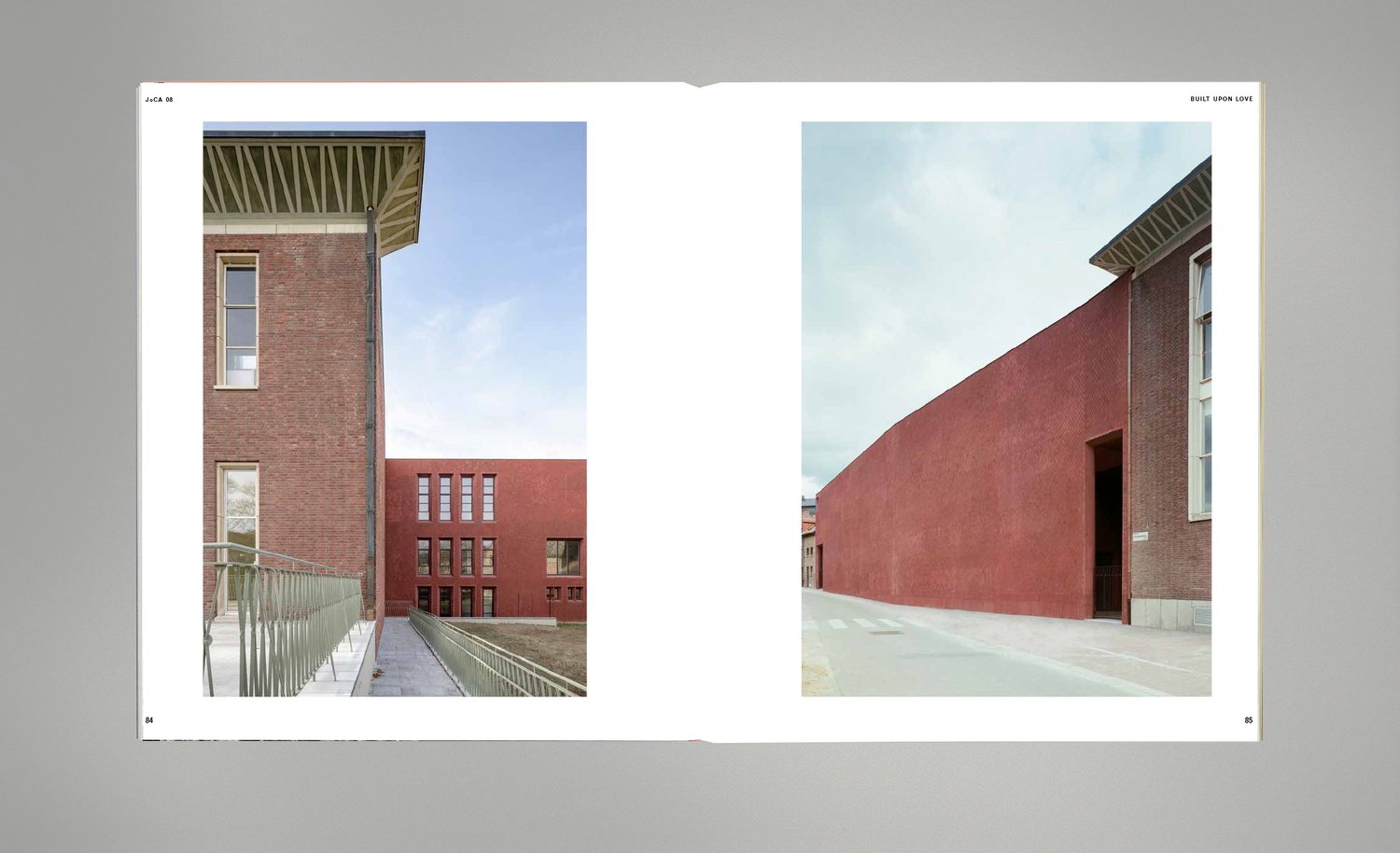 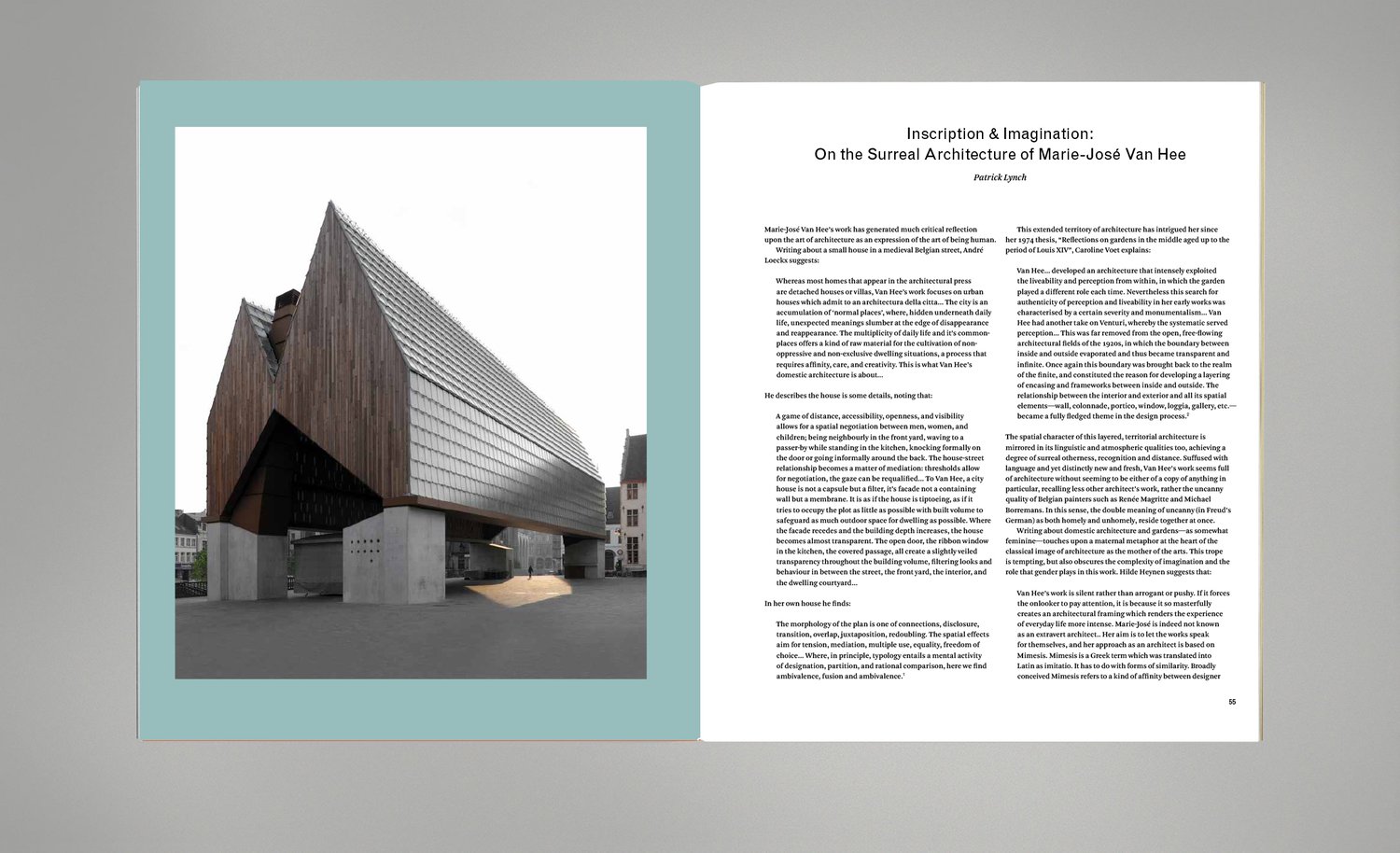 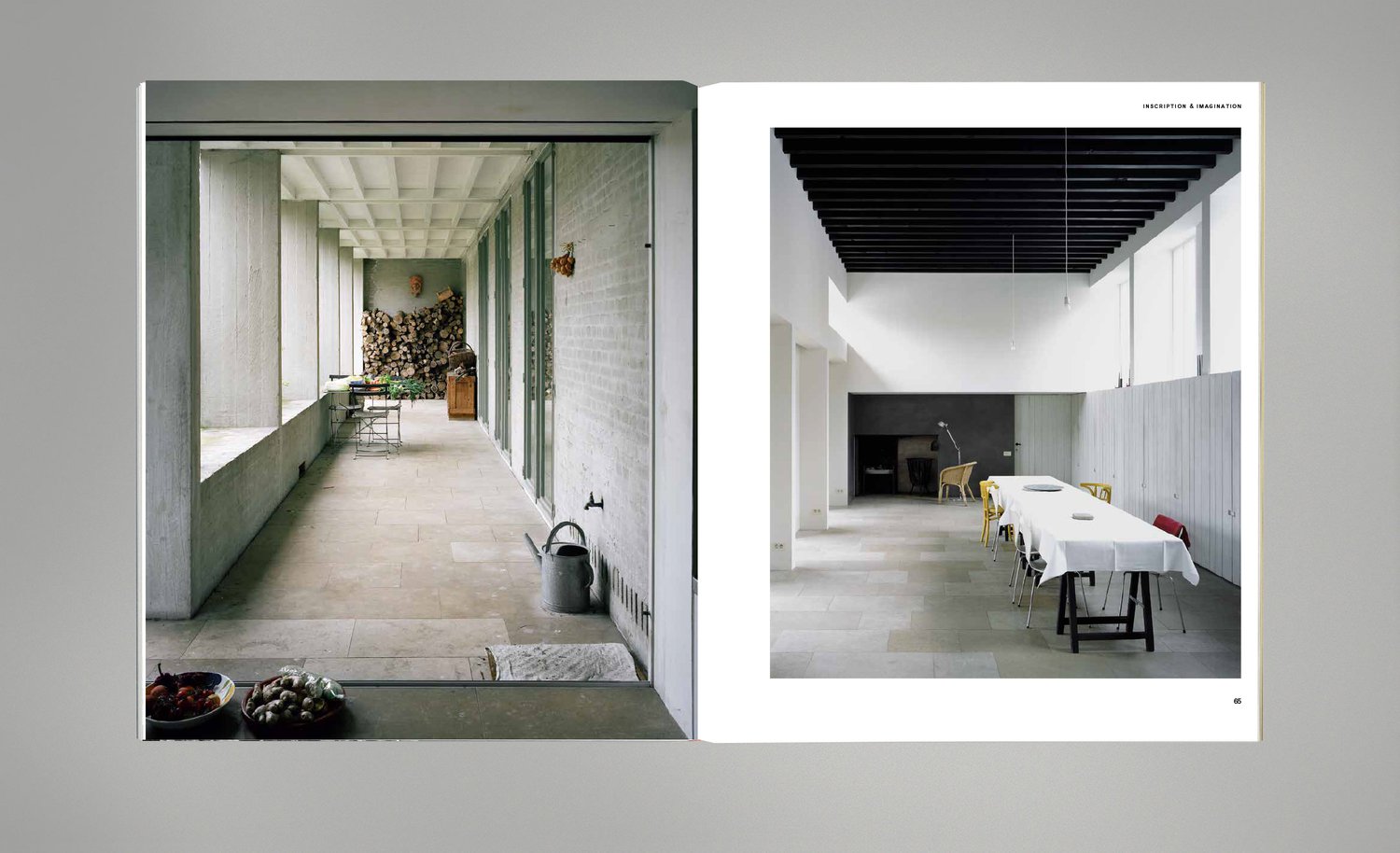 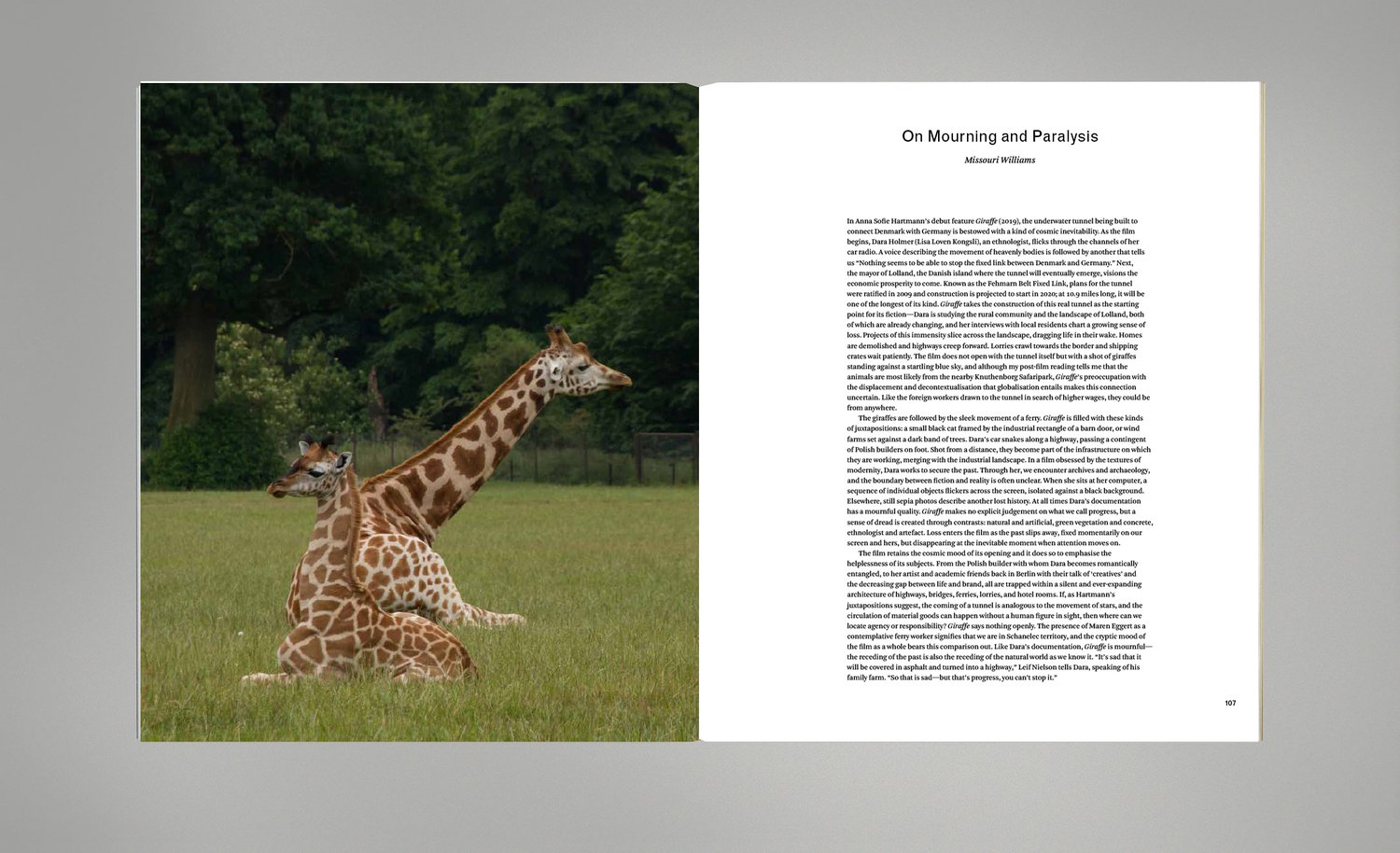